PUBLISHED IN THE CHICAGO TRIBUNE NOVEMBER 4, 2015

Check out the antics that happen when two college students convince their friend to pose as their aunt from Brazil in 4th Street Theater’s show, “Charley’s Aunt,” playing Friday to Nov. 22 in Chesterton.

4th Street Theater is a 60-seat theater in Chesterton that produces four to five shows annually. Kevin Doler, director of “Charley’s Aunt,” says that 4th Street Theater “strives to put on a production that is more on a professional level, even though they are all volunteers. We have a lot of people who live in Chicago and come out our way and they tell us that our theater is just as good as the theaters in Chicago,” said Doler.

“Charley’s Aunt” is a very popular production in the theater community. In its original run held over 1400 performances in London.

“It’s actually a very old play from 1892,” said Doler. “It has been re-created in so many forms that it is unbelievable. It predates almost all the entertainment we see — burlesque, vaudeville, television, movies, and everything in between.” 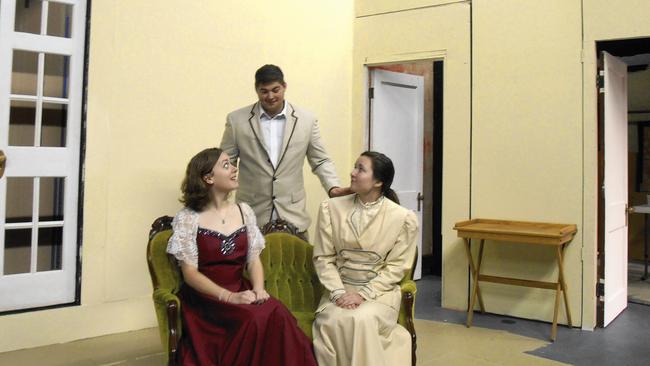 Not only is “Charley’s Aunt” fun to watch, but Doler has had a blast working on the show.

“It’s crazy. It’s light. It’s airy. It’s a lot of fun with a lot of asides to the audience. I did the show in 1972 when I was in high school. I loved it then and after researching, I love it even more,” he said.

A farce program is a little out of the ordinary for 4th Street Theater, but it brings a refreshing breath of air to the theater.

“We do a lot of dramas and we do it well and I decided that we need to do a comedy. I’m excited about presenting this to the community. It’s just such a fun show. Sometimes people want to see very in depth shows and sometimes they want to see fluff,” said Doler.

Doler believes that the community of northwest Indiana will enjoy “Charley’s Aunt.”

“I think it’s making the community aware of a classic again. Getting them to come together and enjoy it,” he said.

Tickets to see 4th Street Theater’s production of “Charley’s Aunt” are $18 for adults and $17 for seniors.

“We do sell out, so get your tickets soon,” said Doler.