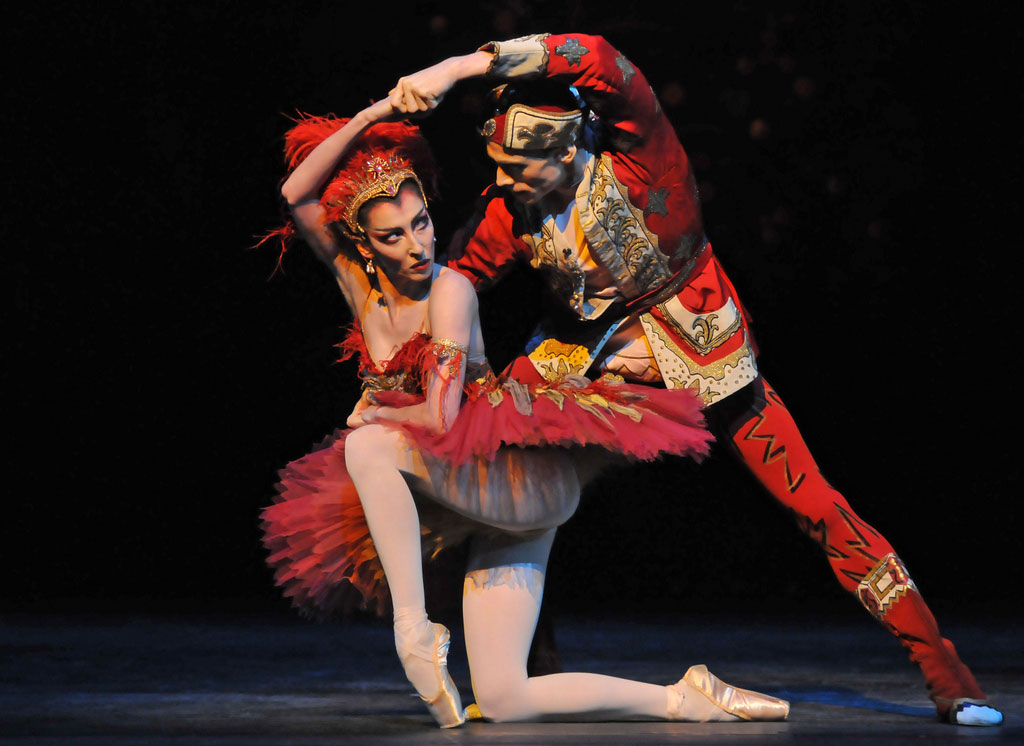 PUBLISHED IN THE CHICAGO TRIBUNE APRIL 8, 2015

On April 16, the Indiana Ballet Theater will be putting on a performance of “Firebird” at the Star Plaza Theatre.

This Russian ballet centers on the journey of its hero, Prince Ivan. Founding CEO and Artistic Director of Indiana Ballet Theater, Gloria Tuohy, is very excited to be taking on this production, as it isn’t the first time in her career that she’s produced it. “I haven’t done it since 1997. It’s a very different show. The storyline is about an evil person with a witchy character and a beautiful princess who survive,” said Tuohy.

Tuohy is one of the top ballet people of the northwest Indiana area, if not the world. Aside from being a dancer herself, Tuohy has worked all over as a the children’s director for Moscow Ballet’s Great Russia Nutcracker, led workshops and summer intensives with the Joffrey Ballet, American Ballet Theatre, Ballet Chicago, Milwaukee Ballet, Indianapolis Ballet, and the Nashville School of Ballet. On top of all that, Tuohy has also arranged and directed original dance tours to Bahamas, Disney Florida, Festival de Cozumel in Mexico, and toured Hampshire, London, Paris, Germany and England.

Although the show “Firebird” deals with themes of bewitching and chromatic motifs like magical objects and creatures, it is still friendly for all ages, Tuohy mentioned in an interview, “It’s a darker show loaded with spooky characters like skeleton heads, snake heads, spiders, and evil magician, but it’s still kid-friendly.”
Tuohy also mentioned that the setting of the play, and ideas of princesses, struggle, and monsters may be due to its setting, as a Russia historically has been a struggle for ideas of exchanges for the idea of eventual freedom.

“The ballet is set in Russia. It has a dark, underlying tone to it. There is an evil creature that is a witchy-like character who will live forever. Her heart is removed from her. Her heart lives in a golden egg in an apple tree. For as long at her heart is safe in the tree, she will continue to live.”

The show “Firebird” is not just about expanding the audiences of Indiana Ballet Theater, but will also be used as a fundraiser. Tuohy mentioned that the community is an essential part of the show’s success as well. “This show means a lot to the Indiana Ballet Theater because it is a fundraiser for us,” Tuohy said, “all of the proceeds will go toward the renovation of our arts center in Crown Point.”

Support the future of the Indiana Ballet Theatre and be entertained by this iconic tale at 7 p.m. April 16 at the Star Plaza Theater in Merrillville. Tickets are available online at ticketmaster.com.