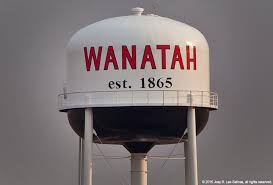 From June 12-14, the town of Wanatah will be celebrating 150 years with the Wanatah Sesquicentennial.

Events that will take place Friday include a pork chip dinner and pageants at Wanatah School. Pageants include king and belle for ages 70 and up; prince and princess for children in kindergarten, first and second grade; and a beard contest.

“We’re trying to relive the 1965 centennial celebration, but with a new spin,” said Chad Howell, chairman of the festival.

Saturday’s events include a 5K race in the morning, followed by a parade.
“We will still have that small-town feel with events like the parade,” Howell said.

Saturday’s events also include historical tours, traditional dances from the Pokagon Band of Potawatomi Indians Drum and Dance Troupe at the Lions Club Park, and fireworks illuminating the Wanatah sky at dusk.

“We like to highlight the historical events to revisit the past of Wanatah,” Howell said. “We’ll also have 150 years of agricultural equipment on display.”

Sunday’s events include a pancake breakfast, a community church service, a tug of war for children and a jug band.

The festival is in need of some assistance.

“We are in need of more volunteers to assist with the operations,” Howell said.

For more information and a lineup of events for the Wanatah Sesquicentennial festival, visit http://www.wanatah.com.

Casey is a freelance writer.